While finding true love is celebrated, being single is also celebrated in some part of the world as well... with lots of shopping involved... Singles Day began in the early 1990's by four college friends studying in Nanjing University in China. They went out, did karaoke, shopped for things they wouldn't usually buy had they been attached, and partied. They chose November 11 or 11.11 as the auspicious date because of the four "ones". They continued to celebrate Singles Day even after college … END_OF_DOCUMENT_TOKEN_TO_BE_REPLACED

Do some early shopping at the Mommy Mundo Bazaar this weekend! Want a chance to win a shopping spree? Follow these steps... To countdown to this holiday offering of Mommy Mundo, we have a special treat for you! Join our “My Greatest Christmas Wish” contest. Here’s how to join!  1. Like the Mommy Mundo Facebook page 2. Follow Mommy Mundo on twitter and instagram  3. Share this poster on your social media account and tag @MommyMundo and use the hashtags #mommymundobazaar2014 and … END_OF_DOCUMENT_TOKEN_TO_BE_REPLACED 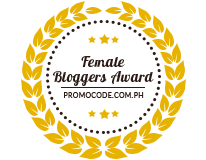